Hike to the Heukuppe, the highest peak on the Rax plateau

Like the Schneeberg and Hohe Wand, the Rax is one of Vienna's Hausberge. The mountain range on the border between Lower Austria and Styria attracts countless hikers every weekend to the huge plateau whose rocky flanks are littered with numerous climbing and hiking routes as well as via ferratas of various degrees of difficulty.

A popular starting point for various tours on the Rax is the Preiner Gscheid, a mountain pass at an altitude of 1070 m (3510 ft). The chosen tour to the highest peak of the Rax, the Heukuppe (2007 m / 6585 ft) also starts at the parking lot at Preiner Gscheid. An early start is worthwhile, especially since the morning temperatures are much more pleasant in summer and only a few hikers have already set out to explore the Rax.

Following the yellow-marked Reißtalersteig, the path leads steadily upwards through the forest. After almost 400 meters of altitude, the path leads past the Reißtalerhütte. The path continues until the forest thins out and turns into a mountain pine area. Finally one of the mighty rock faces of the high plateau, the Raxenmäuer, comes into view. The path continues to the foot of the impressive cliff. A painted yellow arrow marks the entry into the Reißtaler via ferrata (level of difficulty: A/B). 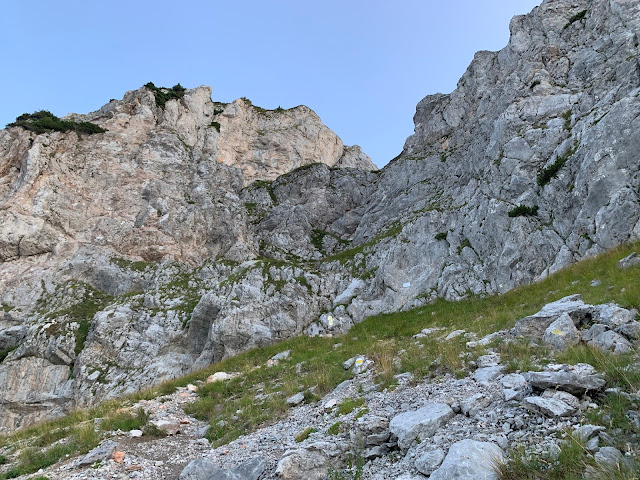 The via ferrata is quite easy and secured with a fixed rope. The highlight is a ladder that leads up a steep step up the mountain. 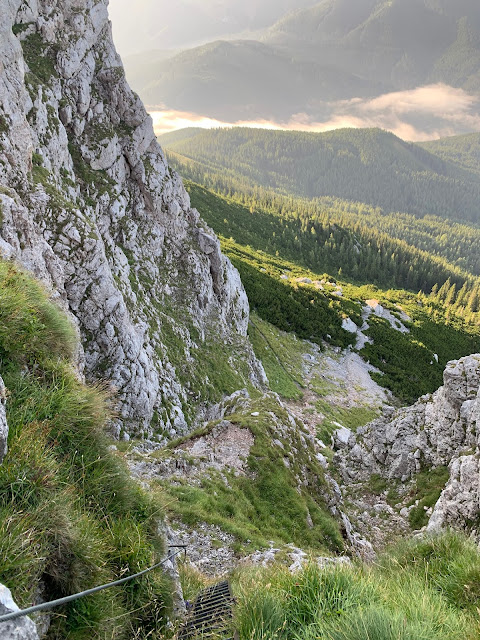 Then the possible difficulties are overcome and the path leads between the rocks up to the high plateau. The Reißtalersteig is ideal for aspiring via ferrata climbers and a via ferrata set is not really necessary. 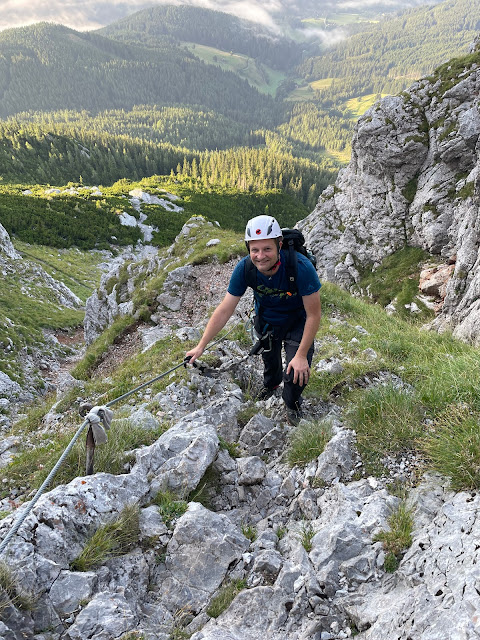 The hero's monument, visible from afar, marks the highest point of the Rax. After about 30 minutes the destination of the tour, the Heukuppe (2007 m / 6585 ft), is reached. Time to take a break and to enjoy the wonderul view. 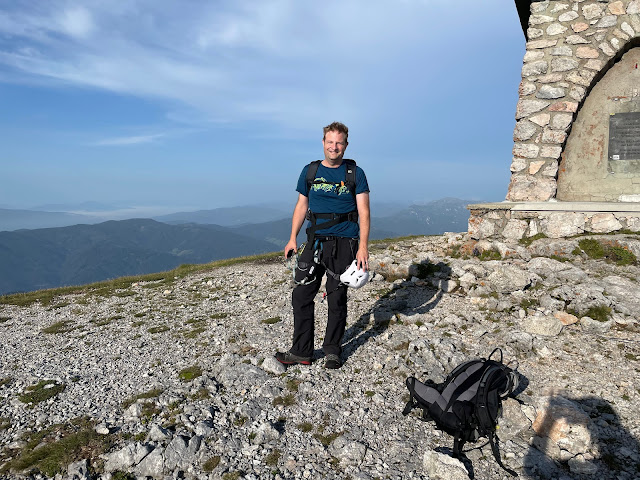 The way back leads first to the Karl-Ludwig-Haus at an altitude of 1804 m (5919 ft). From there, follow the red marked "Schlagenweg" downhill. For a last rest, it is always worth taking a detour to the nearby Waxreiegelhaus, a hut that is open all year round. 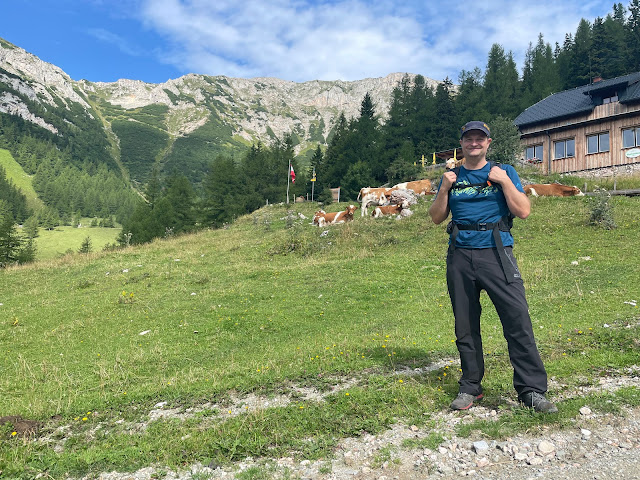 The last stage of the hike takes about 30 minutes back to the starting point and thus to the end of a really great tour on the Rax.