The Türkensturz is a striking rock face near Gleißenfeld in the Pitten valley. On the rock there is an artificial ruin from the 19th century which was built in the tradition of the English gardens. In addition, there are some legends about the rock. One of them tells of a group of mounted Turkish invaders who were lured to the rock in the 16th century and then fell down.

Today not only do several hiking trails lead to this ruin, but also one of the most beautiful via ferratas near Vienna. Starting from the parking lot in Gleißenfeld, a 30-minute hike through the forest leads to the foot of the rock face. 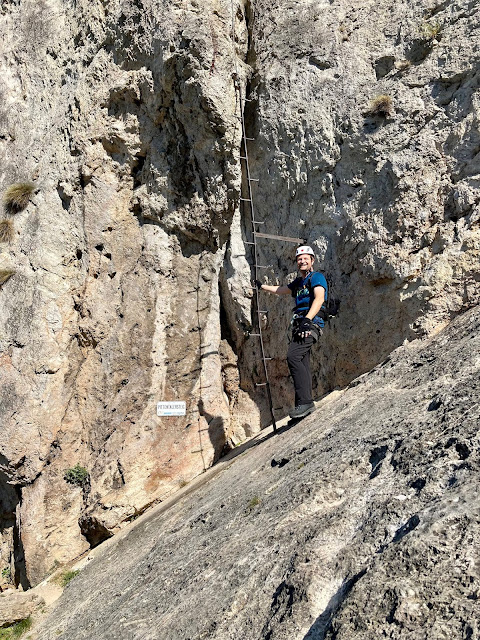 The first part after the climbing tree is quite challenging. After that, climbing is just fun. After crossing an exposed traverse, the path leads steeply up a narrow gully. 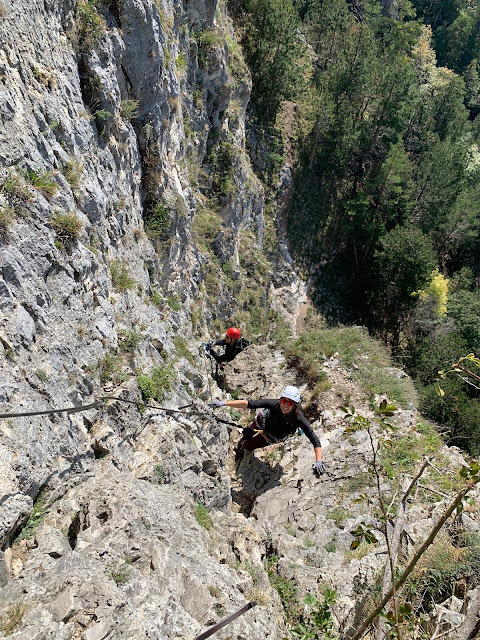 By the way, the view is terrific all the time. Apart from views deep into the Pitten valley, you can see Vienna's Hausberge, Rax, Schneeberg and Hohe Wand on the horizon. 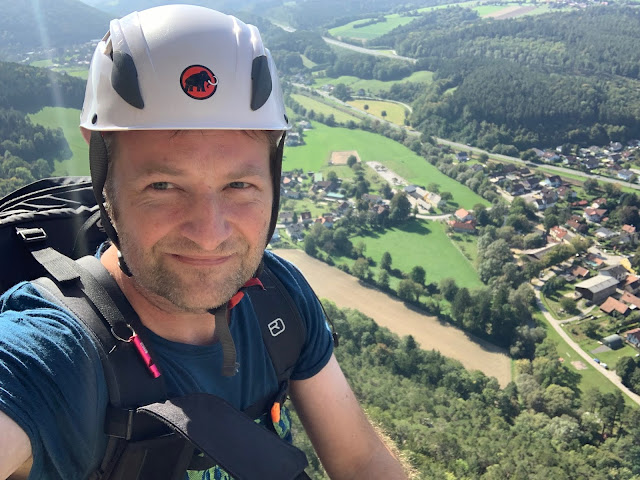 After another short and exposed traverse, there is a final ascent to the base of the pillar, the crux of the via ferrata. Here it goes vertically upwards. Thanks to the many possibilities to use hands and feet for help, this rock face is not as challenging as expected. 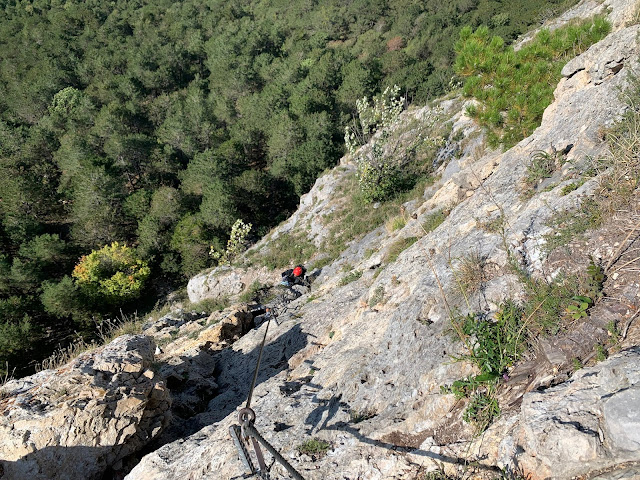 Once the pillar has been climbed, it is rather easy to go up to the brick archway, one part of the artificial ruin on the Türkensturz. 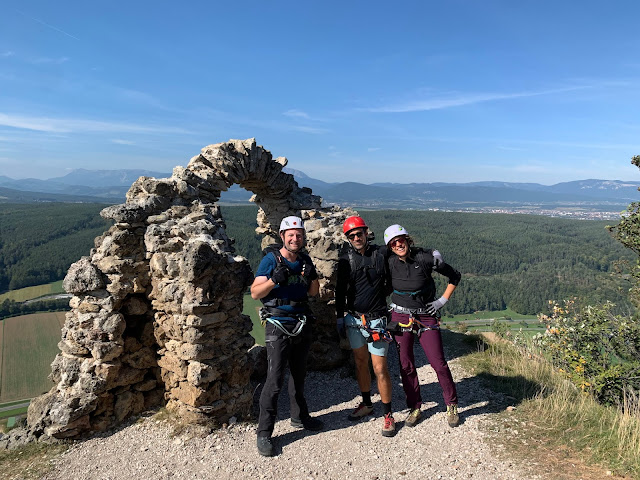 The rest of the ruin is only a few meters away. There is also a bench and a table which make the space ideal for a little rest. Shortly after the ruins, a rather inconspicuous, steep path leads left back into the Pitten valley to Gleißenfeld, the starting point of the tour. When you get to the parking lot, it is clear: It wasn't the last time. The Pittentalersteig is not long but it was a lot of fun!