The Fadensteig is known beyond the borders of Austria as a particularly scenic route to the highest mountain in Lower Austria, the Schneeberg (2076 m / 6811 ft). The mountain, which can be seen from afar, is an extremely popular destination, especially on weekends.

Not least because of its proximity to the urban centers of Eastern Austria, the mountain is very well developed for tourism. The Schneebergbahn, a rack railway, has been taking tourists from Puchberg am Schneeberg to an altitude of 1796 m (5892 ft) since the 19th century. For those who prefer to climb the mountain on foot, there are numerous hiking trails that lead up this unique mountain from different directions.

The Fadensteig is considered by many to be probably the most exciting ascent to the Schneeberg. Reason enough to choose this route. In order to be on the mountain before the masses of day tourists, it makes sense to arrive at the starting point of the tour, the valley station of the chairlift in Losenheim, before sunrise. It is not possible to take the chairlift to the Fadensattel at this time of day. This means that the 330 m (1083 ft) difference in altitude to the first stage destination must be mastered on foot. A lovely 30-40 minute hike that is great for warming up. 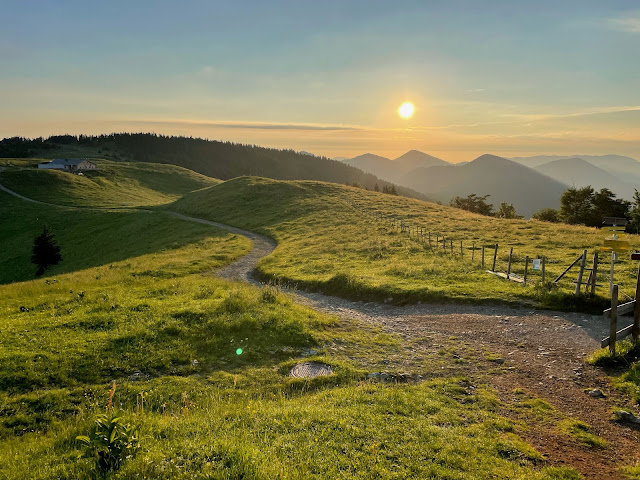 A wonderful panorama can already be enjoyed here. The Edelweisshütte (1235 m / 4052 ft) is in the immediate vicinity and it is already clear that these huts will be visited on the descent. 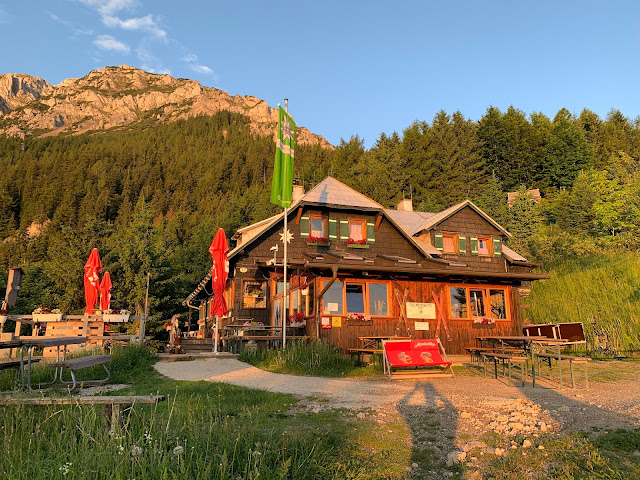 Following the signs towards Fadensteig and Fischerhütte, a narrower path leads through the forest. After a while the mountain pine area is reached and the imposing rock faces of the Schneeberg come closer and closer. Wherever you look, the panorama is really fantastic. In addition, the rising sun bathes the landscape in a grandiose light. 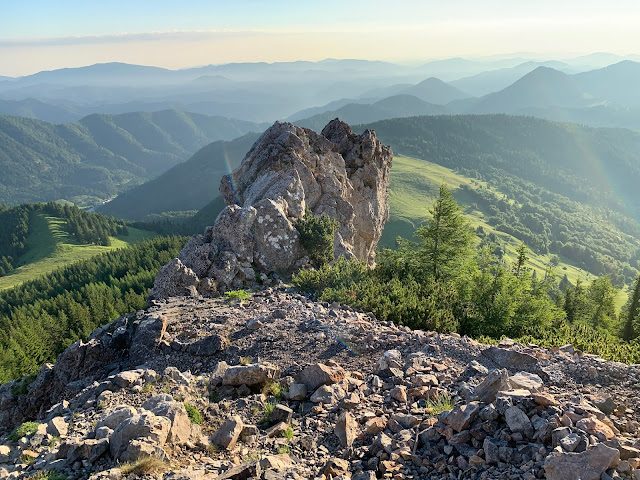 Always accompanied by a wonderful view, the path leads along the foot of the rock faces, the so-called "Fadenwände". Finally, the rocks have to be overcome with easy climbing at suitable and well-marked places. 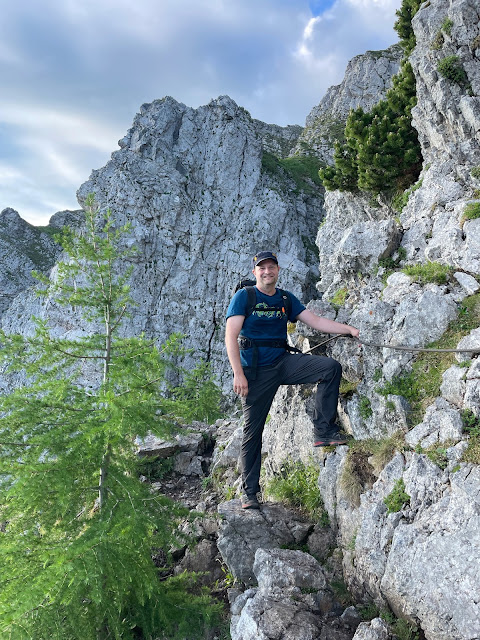 After climbing the rock face, you have reached the high plateau. From now on it goes steadily but not steeply upwards until you finally reach the Fischerhütte, a hut at an altitude of 2049 m (6722 ft). 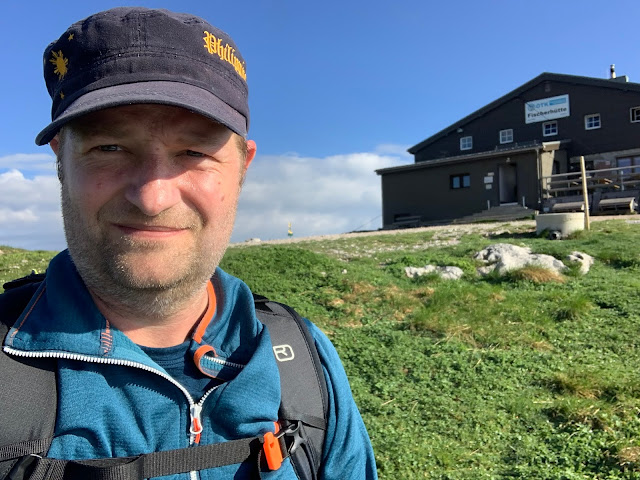 From here it is only a short walk to the highest peak of the Schneeberg, the Klosterwappen  (2076 m / 6811 ft), which is marked with a large summit cross. After a little more than three hours it is now time to strengthen yourself. Breakfast at the highest point in Lower Austria is actually something different and the ascent was definitely worth it. The view is breathtaking. 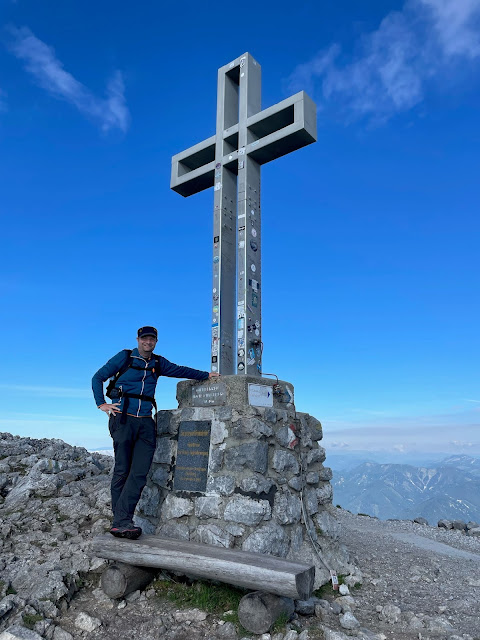 First you go down the same way back. But this time take the junction to the left near the Fischerhütte. From now on it goes steadily downhill along the ridge of the Schauerstein, first over meadows, then through pine terrain. 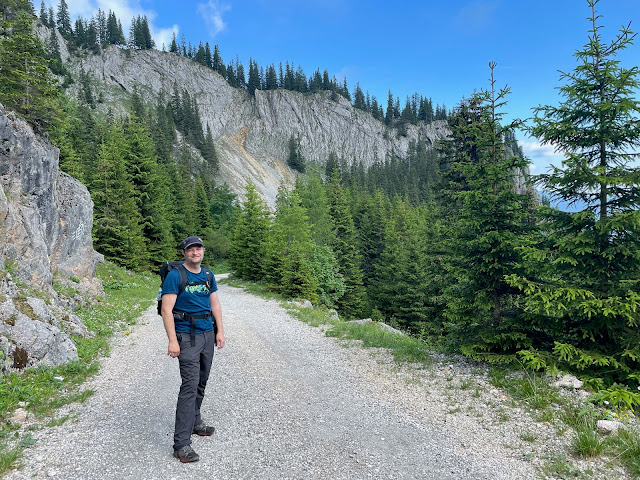 As soon as you have reached the Fleischer-Gedenkstein (a memorial stone) at around 1528 m (5013 ft), keep right and follow the path through a beautiful forest until you finally come to a forest road. After a while, the Fadenweg branches off to the right, which finally leads back to the Edelweisshütte. 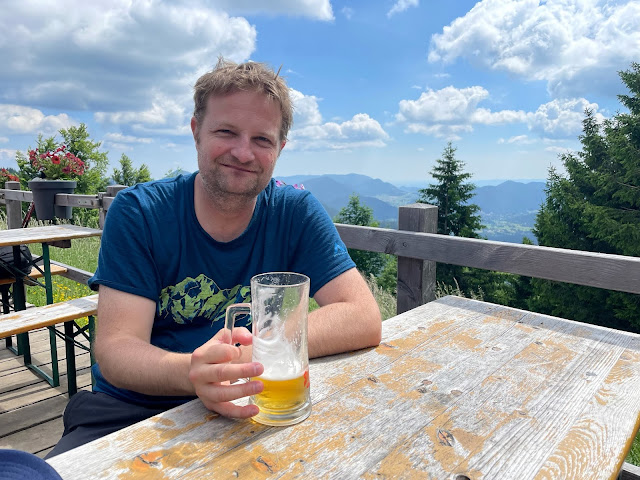 After a short rest, the route back to the valley station of the chairlift is already familiar. The tour met the high expectations. At the end you know why the Fadensteig is considered by many to be probably the most exciting ascent to the Schneeberg.