The Triebener Tauern Pass is a mountain pass that connects the Mur valley near Judenburg in the south with the Palten valley near Trieben in the north. At the top of the pass (1274 m / 4180 ft) is the picturesque village of Hohentauern at the foot of the 1810 m (5938 ft) high Triebenstein. Seen from Hohentauern, the summit of the Triebenstein appears to be within reach, but the impression is deceptive. Whoever wants to conquer the summit has to accept an unexpectedly steep and exhausting ascent.

The starting point of the tour is the village square of Hohentauern. Shortly before the top of the pass on the main road, turn right into the Bergbaustraße, the name of which is reminiscent of the disused magnesite mining in the village. After about 200 meters keep to the right and follow Scheibl Hofweg, which finally ends in a forest road. Follow this up the slope to the edge of the forest, where you turn right and walk along the edge of the forest to the end of the forest road. Now the signpost shows you the way to the left on a path through the forest. This is pretty straight and steep up the mountain. In places in tight serpentines. But as soon as the forest clears, the effort is rewarded with a view that becomes more magnificent the higher you climb.

The view to the south is dominated by Großer Hengst and Großer Bösenstein (2448 m / 8031 ft), the highest mountain in the Rottenmanner Tauern. The higher the path leads to the Triebenstein, the more alpine it becomes. Sometimes it makes sense to use your hands to help. Surefootedness is absolutely necessary, as the narrow path to the summit sometimes goes quite steeply downhill on both sides of the path. The summit is reached after about an hour and a half. 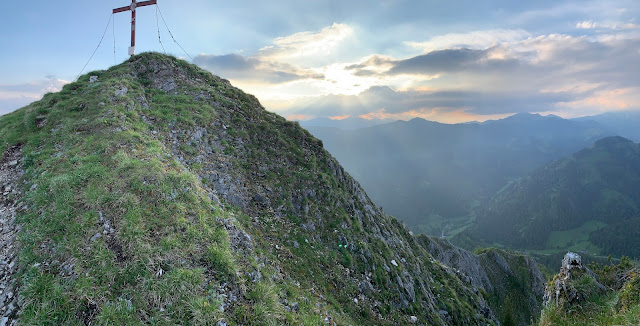 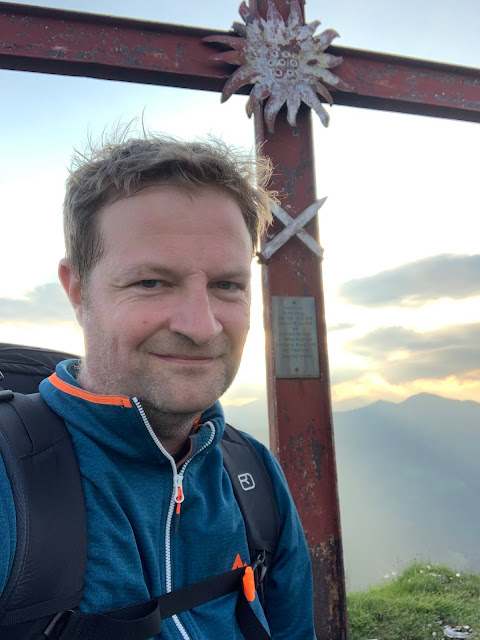 A great all-round view opens up at the summit. In the north, the view extends over the town of Trieben and the Paltental to the Haller Mauern and the striking mountain peaks of the National Park Gesäuse. 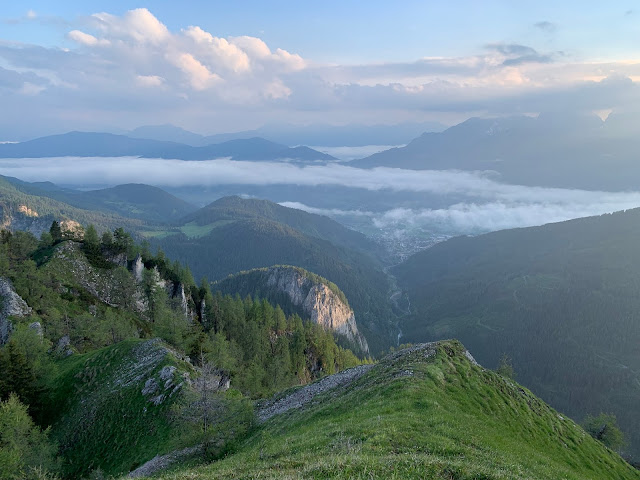 Looking south, the town of Hohentauern is at your feet. 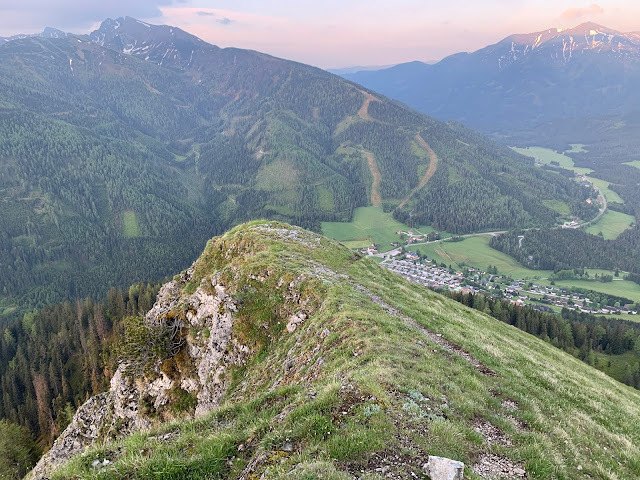 The descent is via the same route. The descent is of course much faster, but caution is advised as the path can be quite slippery. Once at the bottom, the joy of the successful hike is great, although it was more challenging than expected.