High up on the Natterriegel, the mountain of snakes

In an arc running from east to west, the Haller Mauern with their rugged rock faces, rise 2244 m (7362 ft) high and form the impressive north-western end of the Ennstal Alps. Between the Bosruck and the highest peak of the mountain range in the west, the Großer Pyhrgas, and the lowest mountain, the Großes Maiereck, in the east, numerous hiking trails lead to the striking peaks of the Haller Mauern. The 2065 meter (6774 ft) high Natterriegel is one of these peaks and the destination of a varied mountain tour with fantastic views of the rugged mountains of the Gesäuse.

The starting point of the tour is the parking space on the Buchauer Sattel between Weng and Sankt Gallen. From here, hiking trail 636 first leads across a meadow to the edge of the forest. There it ends in a forest path that meanders up the mountain. The well-marked path is now a bit steeper and in some places shortens the path over the forest road with more direct detours through the forest. After 75 minutes, at around 1300 m (4265 ft)  above sea level, the path becomes a little less steep and leads in a wide arc to the first stage destination, the Grabneralm.

The Grabneralm is not called the "Balcony to the Gesäuse" for nothing. The closer you get to the cultivated alpine pasture, the more grandiose the views of the mountains of the Geäuse become. Continue past the rustic alpine cabin and continue on path 636 in the direction of Admonter Haus. The path over the lush alpine meadows becomes steeper again and leads up to the Admonter Haus, built in the 19th century at 1723 meters (5652 ft) above sea level. 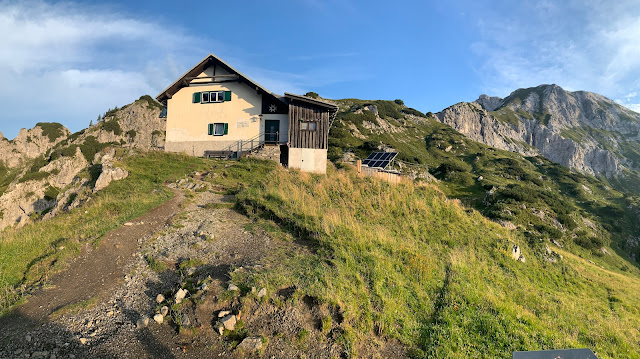 After the ascent, which took a little more than two hours, this place is suitable for a somewhat longer rest before the last stage of the mountain tour is to be tackled. The Admonter Haus is enthroned in the wind gap between the Admonter Warte and the Mittagskogel, whose summit crosses are already clearly visible and seem close enough to touch. To the east, the path branches off via the Jungfernsteig to the Grabnerstein (1847 m / 6060 ft), which is certainly worth a tour of its own. On the Natterriegel, however, it goes in the other direction. It is best to follow the signs towards Natterriegel. The path leads steadily upwards along the ridge. Two steep steps have to be climbed and some sections are additionally secured with fixed ropes.

During the ascent, breathtaking views of the Bosruck and the western peaks of the Haller Mauern open up again and again. Nevertheless, the ascent is not difficult and leads in just under an hour to the Mittagskogel (2041 m / 6696 ft), which was already clearly visible from the Admonter Haus. 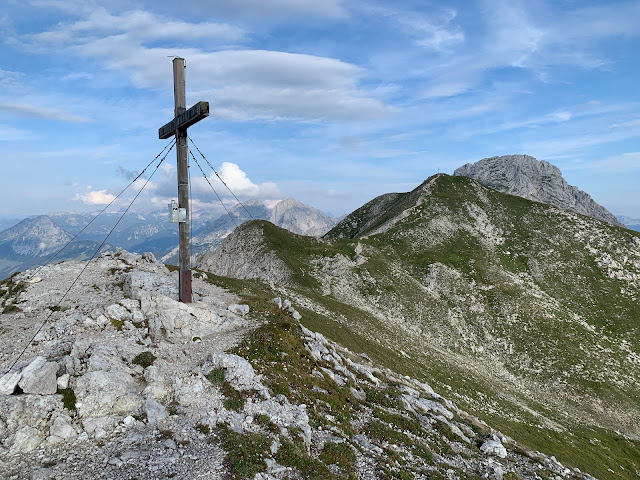 Apart from the great all-round view of the Gesäuse and the Rottenmanner Tauern in the south, it quickly becomes clear. It's not far to the actual destination of the tour, the Natterriegel (2065 m / 6774 ft). And indeed, after a short descent and just as short ascent, the beautiful summit cross of the Natterriegel is reached. In fact, the snakes feared by local farmers, which could injure their livestock on the grassy slopes, ultimately gave the mountain its name. 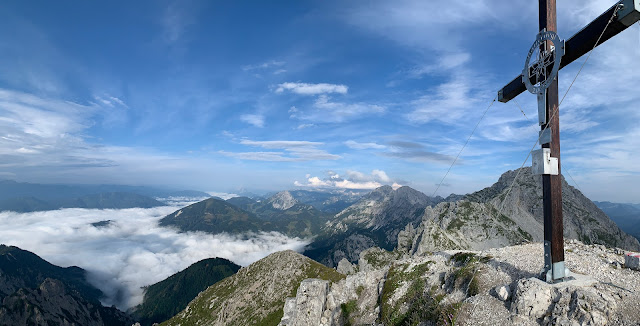 From the summit of the Natterriegel I have a wonderful view of the neighboring 2172 meter (7126 ft) high Hexenturm (also known as the Bärenkarmauer). Actually, this impressive mountain would have been the intended goal of the tour. Due to the unstable and, above all, windy weather, the one and a half hour route over the Hexensteig (via ferrata, B/C) will probably be tackled another time. 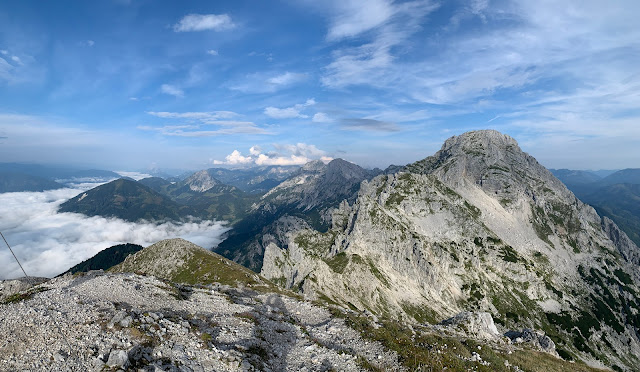 So the way back was started. This followed the same path as the ascent. Down to the Admonter Haus, past the Grabneralm and along the forest road back to the car park at the Buchauer Sattel. 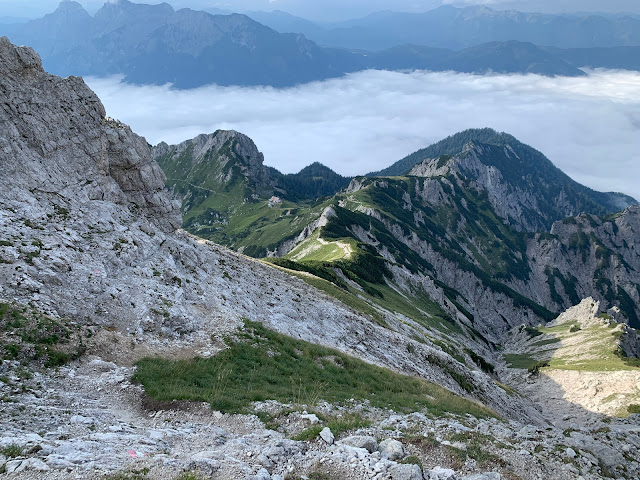 Arriving at the parking lot, a positive summary could be drawn. It was a varied, not all strenuous or even difficult tour, which scored with great views. In addition, it became clear that thanks to other worthwhile destinations in the area of the Admonter Haus (Hexenturm and Grabnerstein), it will probably not be the last time I have been here.