On top of the Gesäuse

The breakthrough valley of the river Enns between Admont and Hieflau gives its name to a mountain group that can be seen from afar, the Gesäuse. The peaks of the rugged limestone mountains, which reach up to 2369 meters (7772 ft) into the sky, and the roughly 1000 meter (3281 ft) steep northern flank of the Hochtor group have always fascinated people. Today, most of the mountains are part of the national park of the same name.

The Hochtor group stretches from the Ödstein in the southwest to the Planspitze in the northeast. The Hochtor (2369 m / 7772 ft) marks the highest point of both this massif and the Gesäuse mountain range. Several historic routes lead to the Hochtor summit. The Hochtor can be climbed from the north via the Peternpfad and the Dachlgrat. On the south side, the Schneelochweg leads all the way to the top and a little further east, the partially secured Josefinensteig (via ferrata, difficulty level: B) is probably the easiest way to the summit.

Starting point of the tour to the Hochtor is a parking space not far from the Gasthof Kölbwirt. After just a few meters on the forest road, the path turns left into a sunken lane. A meadow leads further up and the path quickly becomes rocky and meanders incessantly over a first steep step. Once this has been overcome, the path becomes a little flatter and after about an hour you reach a fork in the path where the Schneelochweg branches off to the left. The Schneelochweg meanders up another steep step until the forest finally thins out and visibly turns into dwarf pine terrain. Now the impressive rock faces are getting closer and the first views of the peaks of the Hochtor group open up. 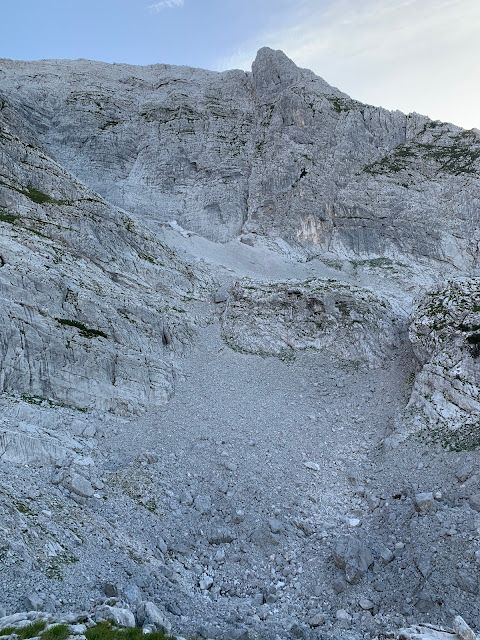 Eventually the pines give way exclusively to stony ground. The well-marked path leads over stone slabs and loose scree to the Schneeloch (snow hole). This has a good reason for its name: there is snow here all year round. The Schneeloch is bypassed on the right and the path becomes noticeably steeper and more exposed. At this point at the latest, a rockfall helmet is advisable.

Again and again in the so-called Schrofen terrain (steep terrain, strewn with rocks and rock outcrops) you have to use your hands to climb smaller steep steps. Sure-footedness and a head for heights are essential on this path. Some exposed and unsecured passages have to be overcome (grad 2 climbing). In addition, you should always keep an eye on the trail markings, as it is quite easy to get lost. 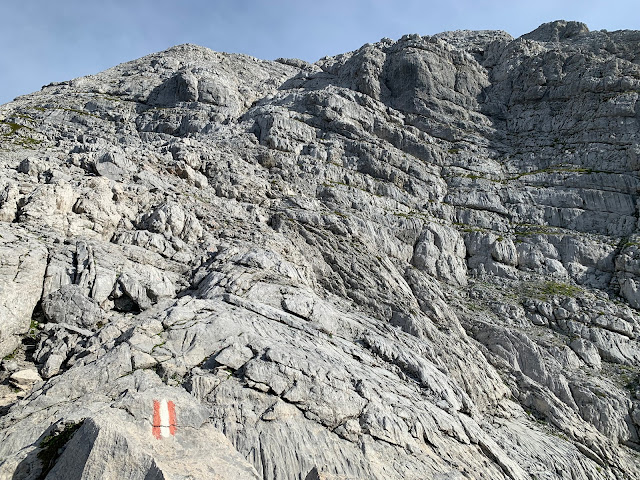 The closer you get to the summit, the rockier the path becomes. Finally, the path only leads up over stone slabs and rocks. After a little more than 4 hours, the ascent, which is quite demanding in terms of fitness, is rewarded. 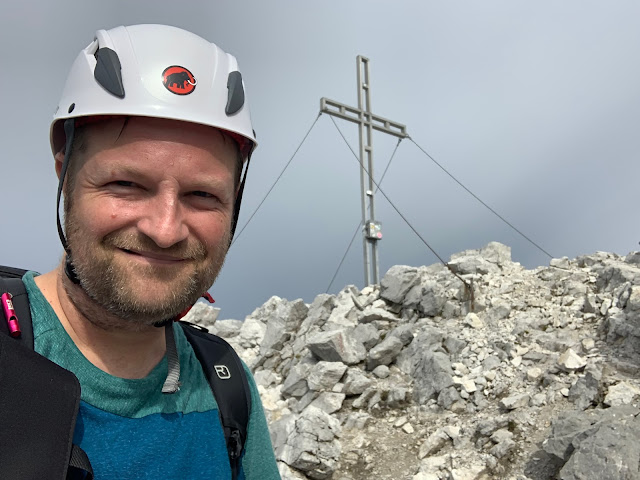 The summit cross marks the top of the Hochtor (2369 m / 7772 ft). From here you have a magnificent view of the Gesäuse, the Rottenmanner Tauern in the south, the Enns valley in the west, the Haller Mauern in the north-west and the Buchstein in the north. If visibility is good, the Großglockner and the Dachstein can also be seen in the distance.

The descent is via a partially insured Josefinensteig. First, the path leads quite exposed along the southern flank of the Gugelgrat. 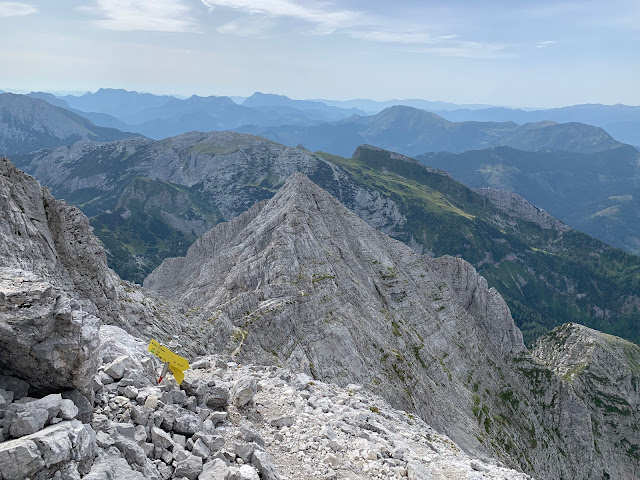 Along the ledges, the path leads alternately a little up and then down again. Finally the trail leads to the other side of the ridge. 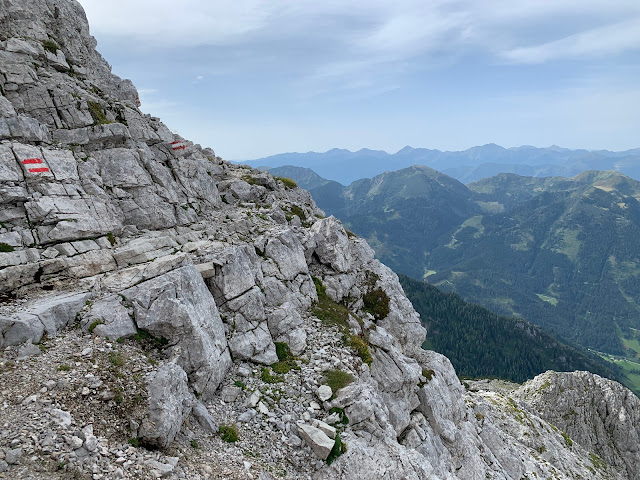 From now on, it's down through gullies and ledges, some of which are steep and secured at the critical points with fixed steel cables. 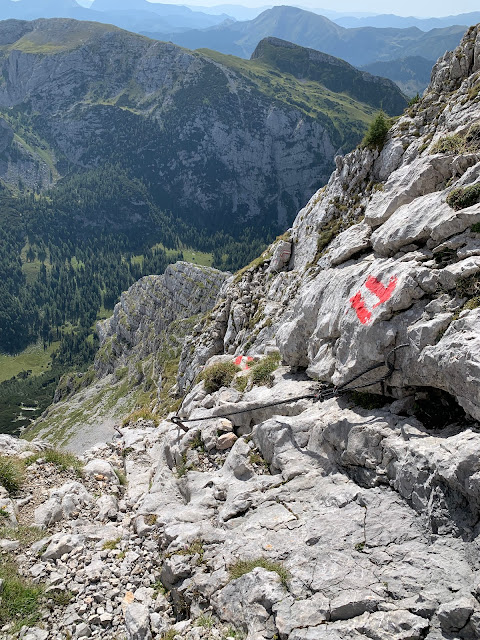 The Josefinensteig leads 570 meters (1870 ft) in altitude more or less directly down in the direction of Hesshütte, which is always in view and is constantly getting closer. 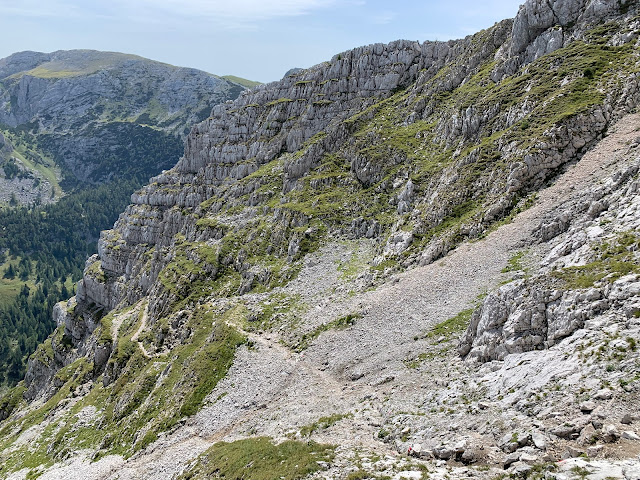 As soon as you have roughly reached the height of the Hesshütte, the path leads through dwarf pine terrain straight to the Hesshütte (1699 m / 5574 ft), where you should also take a break. Incidentally, the hut is a popular starting point for hikes to the Hochtor or the opposite summit of the Hochzinödl (2191 m / 7188 ft). 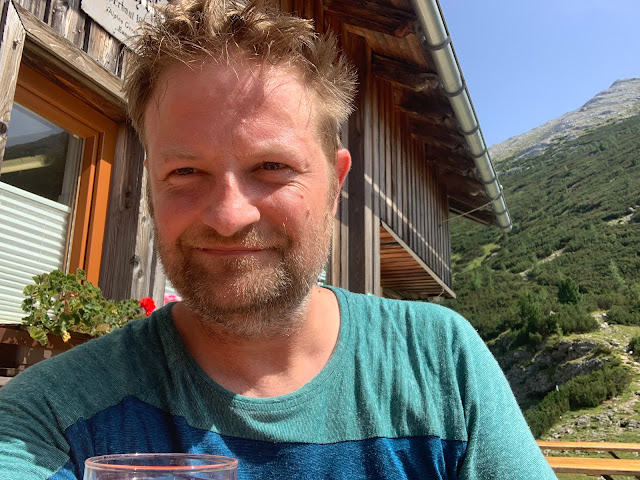 The descent via the Josefinensteig took a little over 2 hours. In retrospect, it was the right decision to climb up the technically more demanding Schneelochweg and to have chosen the slightly easier and at least partially secured Josefinensteig for the descent - but of course the tour can also be tackled the other way around. 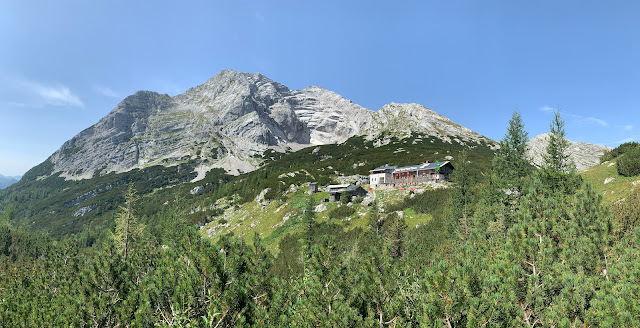 From the Hesshütte it takes another 2 hours to get back to the starting point of the tour. The path leads comparatively comfortably down through the wilderness of the national park, with the Hochtor on the right as an almost constant companion. 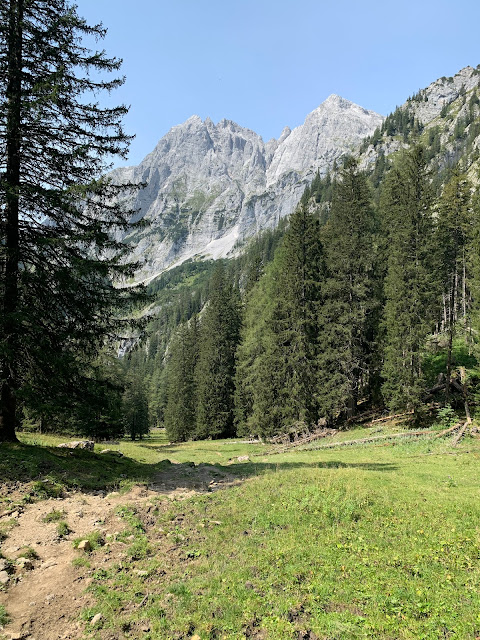 After more than 8 hours, the starting point of the tour at the Gasthof Kölblwirt is reached again. The tour is rightly considered a parade tour in the Gesäuse and impresses with its scenic beauty and fantastic views. As a one-day tour, however, it should not be underestimated, especially in terms of fitness, and I would definitely advise inexperienced mountain hikers not to climb the unsecured and sometimes quite exposed Schneelochweg trail.