In an arc running from east to west, the Haller Mauern with their rugged rock faces, rise 2244 m (7362 ft) high and form the impressive north-western end of the Ennstal Alps. The Großer Pyhrgas is not only the highest peak of this ridge, but also an extremely popular destination for hikers who want to take the varied routes up the mountain and enjoy the wonderful view of the Gesäuse, the Windischgarsten basin, the lower Tauern and the Totes Gebirge up to the Dachstein glaciers.

In fact, three marked ascents lead to the Great Pyhrgas (2244 m / 7362 ft). From the north, the Bad-Haller-Steig leads to the summit. However, the ascent routes via the west flank or the Hofersteig via the southern flank are particularly popular. The latter can be easily combined as ascent and descent routes and for both the Bosruckhütte (1036 m / 3399 ft) is an ideal starting point for climbing the highest peak of the Haller Mauern.

From Spital am Pyhrn you can drive to a parking lot not far from the Bosruckhütte. The path leads along the forest road past the Bosruckhütte. Before the road finally bends sharply to the right, follow the signpost to the Rohrauerhaus (1308 m / 4291 ft) and continue straight ahead. Temporarily the path becomes a bit rocky and after about 30 minutes you reach the first stage destination, the Rohrauerhaus. 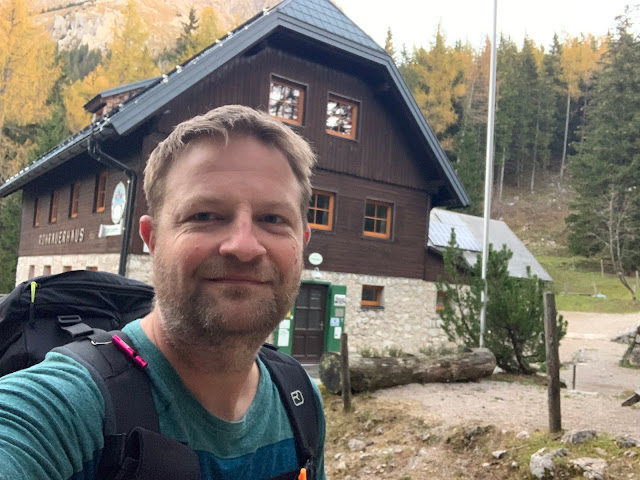 After another 5 minutes through a truly picturesque forest, the Pyhrgasgatterl is reached, which not only marks the border between the federal states of Upper Austria and Styria, but also separates the main ridge of the Haller Mauern from their westernmost peak, the Bosruck (1992 m / 6535 ft). Here the path to the Großer Phyrgas turns left. This is the entrance to the Hofersteig (trail number 615). This trail was temporarily closed due to the increased risk of falling rocks, which is why the use of a climbing helmet is expressly recommended. From here the summit should be reachable in about 3 hours. 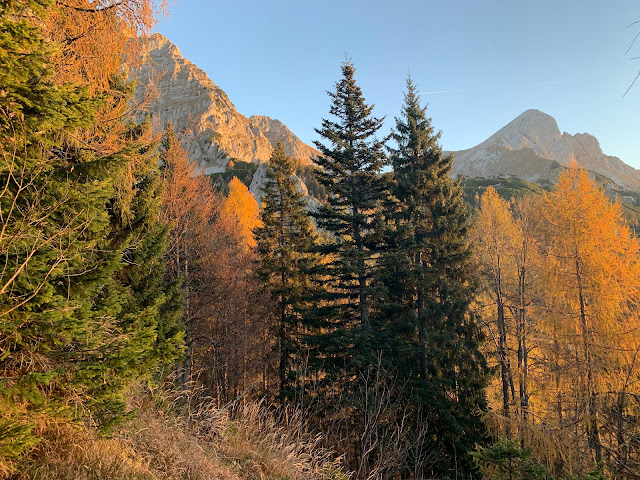 The trail gets steeper and meanders up through the forest along the border between Upper Austria and Styria. Finally, there are magnificent views of the steep south face of the Großer Phyrgas and the nearest summit of the Haller Mauern, the Scheiblingstein (2179 m / 7149 ft). Above the tree line, the view of the Gesäuse and the valley basin at Admont, which lies at its western entrance and is shrouded in fog, is unobstructed. 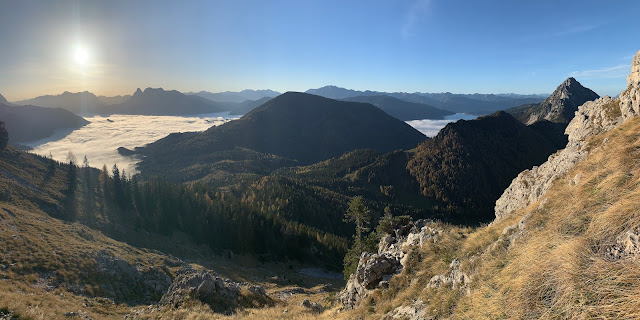 The path becomes even steeper and in the so-called Schrofengelände (steep terrain, strewn with rocks and ledges), climbing small steep steps makes the use of your hands unavoidable. Numerous commemorative plaques keep alive the memory of mountaineers who died in an accident and urge caution. Although the path is not particularly exposed, sure-footedness is an absolute must. 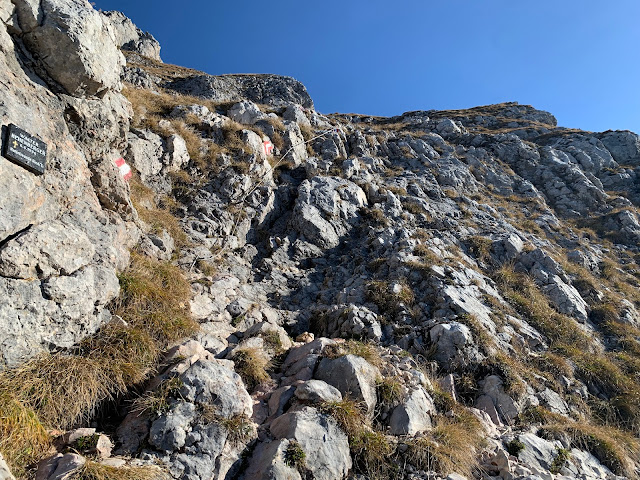 Three places in the upper section are secured with fixed steel cables, whereby attention must be paid to a bracket torn from the anchorage at the last one. Fortunately, the insured sections are not really difficult (A/B). 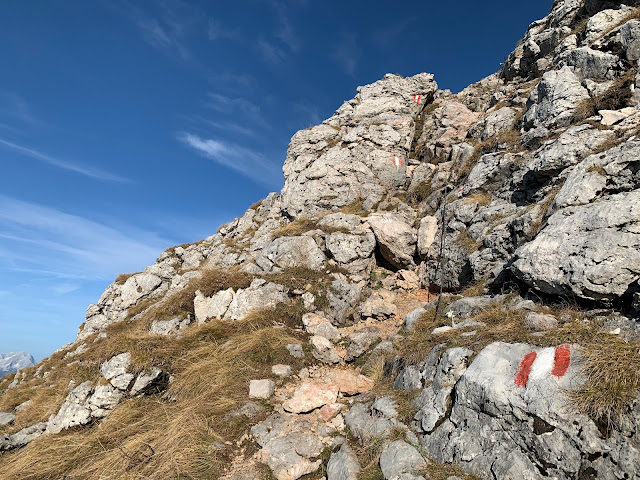 Finally, the summit ridge climbed over the southern flank is reached and the Windischgarsten basin is literally at your feet. The view is magnificent and the path leads further up along the northern flank of the summit ridge, with the summit cross already coming into view. The terrain has now become much easier and with the goal in sight, the last meters of altitude to the summit are quickly overcome. 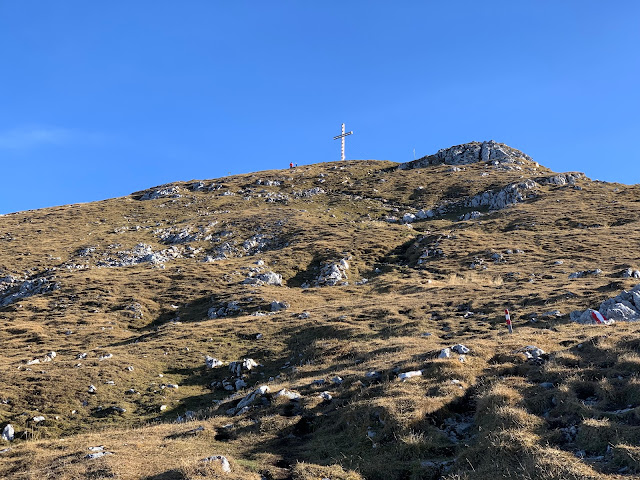 The summit is reached after a total of almost 3.5 hours and the effort of the ascent is rewarded with a truly breathtaking all-round view. On nice days it can happen that quite a lot of people cavort on the summit. But with this view, it quickly becomes clear why this mountain is so popular. 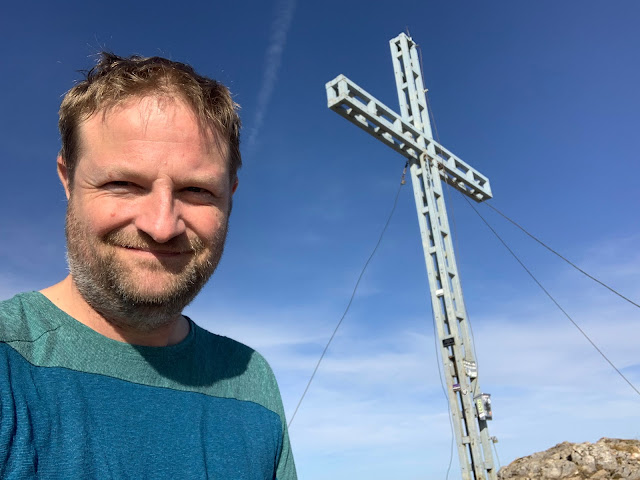 In the west, the Ennstal, the striking Grimming, the Windischgarsten basin and the mountain massif around the Warscheneck (2388 m / 7835 ft) are clearly visible. The Dachstein Glacier can also be seen in the background. 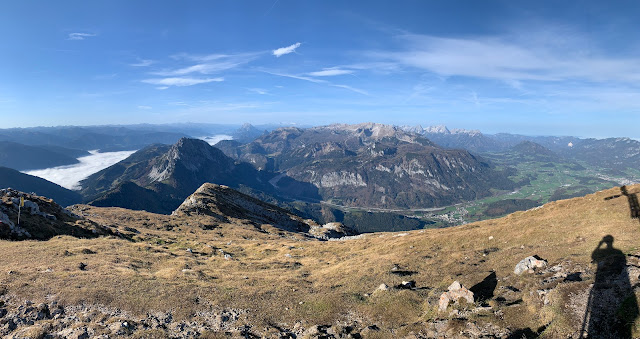 In the south-east the prominent peaks of the Gesäuse Mountains tower up and in the east the neighboring peaks of the Kleiner Pyhrgas and the Scheiblingstein can be clearly seen along the main ridge of the Haller Mauern. 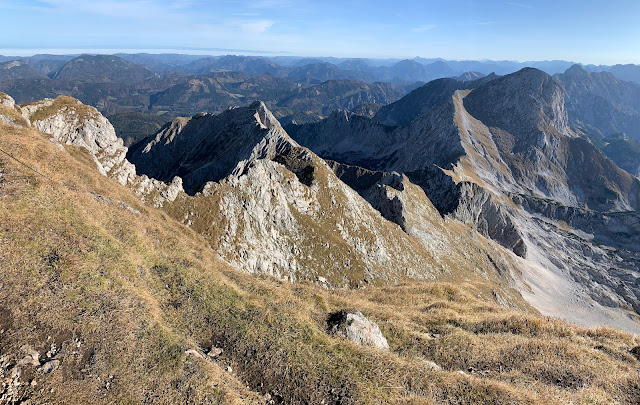 The descent path initially follows the ascent path. Before entering the Hofersteig, path 614 branches off to the right in the direction of the Hofalm. This again leads relatively steeply down over Schrofen terrain. One or the other steep step has to be climbed down. 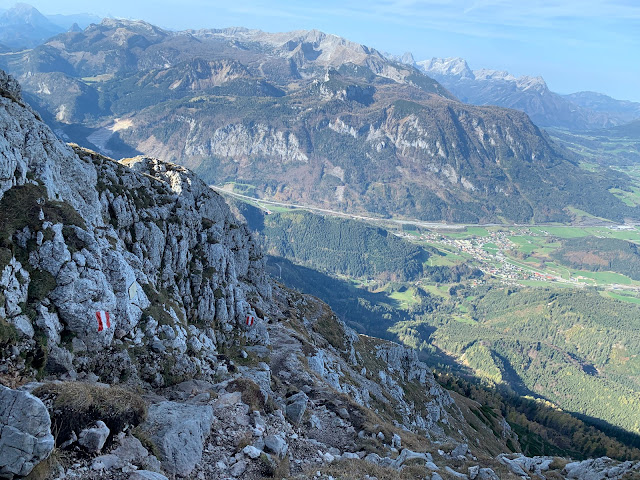 At some point the path turns into a steep gravel path through mountain pines. Once again, sure-footedness is required. The path leads steadily downhill along the western flank of the Great Pyhrgas, with the Bosruck always in view. Eventually, the surroundings become a bit more wooded and the Hofalmsattel is reached via an alpine meadow, where the path branches off to the left and continues down to the Rohrauerhaus or the Bosruckhütte. 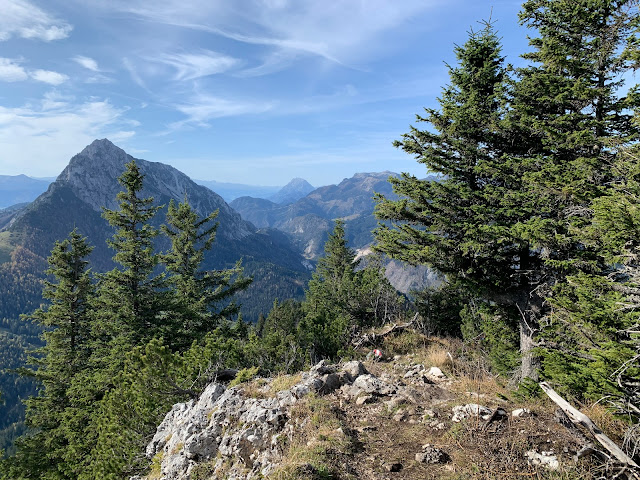